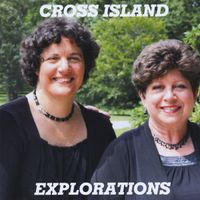 From the recording Explorations

The Desert and the Parched Land was originally written as a soprano solo in Dave Brubeck’s “Mass: To Hope!,” composed in 1979 and premiered in 1980 at the Cathedral of Saints Peter and Paul in Providence, Rhode Island. It replaced the usual Scriptural reading in the Mass ritual.

When Brubeck recorded To Hope! at the National Cathedral in Washington, D.C., he improvised a short piano interlude followed by the soprano returning to sing the original theme.

Derek Snyder, with the composer’s blessing, transcribed this version, an improvisation by the composer on piano and his son, cellist Matthew Brubeck, that appears on their album “Quiet as the Moon.”